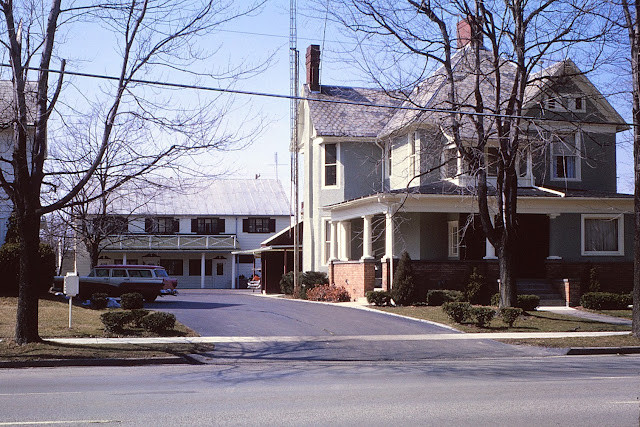 In October 2011 I was asked to do a consultation for the Fuller's of Findlay, Ohio. They were looking to update and add some character to their dining room and adjacent space. What I learned about the home from them and a book called, "Porches and Parlors of Findlay," was that the home is an 1888 Queen Anne. This home was built for $3,000 and has been through many owners and renovations in it's time. The third owners of the home bought the house in 1946. This owner was a veterinarian and added a rear building with two apartments above. This family also did a massive overhaul to the home. They did an entire 50/60's utilitarian remodel with a large 700 sq. ft. living room addition. These owners also added two upstairs apartments to their already massive home. The next four owners were all veterinarians. It is unclear of the details, but at one time the home was four apartment units. It is also unclear which owners started to turn it back into a single family home. The Freeman's, the seventh owner of the home, started the modern updates and remodel in the home.


When the Freeman's sold the home to my clients, the Fuller's, the home still had one single apartment on the second floor. Also, the dinning room, kitchen and 700sq. ft. addition hadn't been remodeled yet. Since, the home had been through so much remodel it had lost all of it's character and the only original thing left in the home was a wood facade fireplace. My clients brought me in to update and add character back to their formal dining room and adjacent space. The formal dining room had a fireplace, beautiful high ceilings and a large amount of square footage to work with. What they considered their formal dining room was once a living room to the original design of the home. The adjacent room next to the dining room had no purpose anymore and no character either. This very small space once had a beautiful Queen Anne window and was used as the formal dining room in the original home. The Fuller's also wanted to add some purpose to this space. 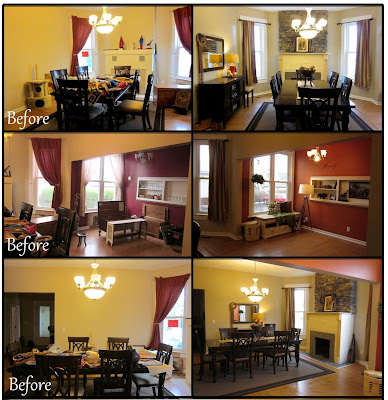 After our meeting we had a better idea of what we could do to the spaces to give them some character.  The style the Fuller's like is the English Colonial, so we decided to keep the walls lighter and bring in some warmer dark accents. They also have many special artifacts and accessories from Africa, which mean a lot to the owners, and they wanted to incorporate that into the space. So, I used a few of their favorite pieces as inspiration. The fireplace was the focal point of the formal dining room so we decided to put "the money" and character into that. We added a stack stone look to the wall of the fireplace, grey tile around the mouth, and brought in a carpenter to create a wood facade like the original fireplace on the second floor. As for the adjacent space, we decided to make that a reading corner by adding a window seat, lamp and cozy accessories. Using the old shelf on the wall, we created a display shelf for their favorite pieces from Africa. With some complementary accessories,we created a really wonderful space for the Fuller Family! I think they were pleased with the results and the staging processes. Here are the before and afters: 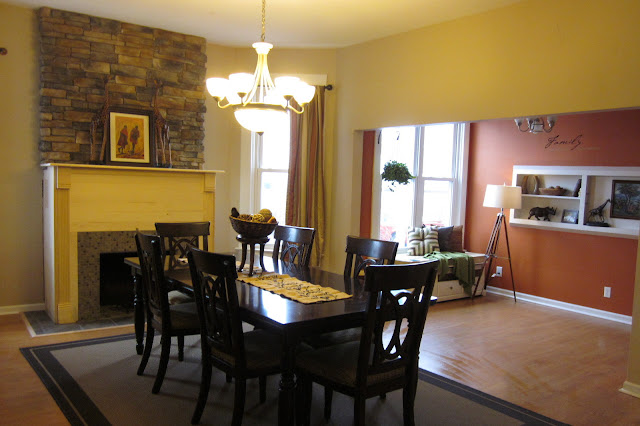 Since the staging of these spaces, the fireplace has gotten a dark stain to finish it off. It looks spectacular in person, not even comparable to before!